By Henry Erlandson ’16
THE ROUNDUP

“It’s a culmination of our players over the years and their discipline, their intelligence, their toughness and the support we have at our school through our administration and a great coaching staff,” Mr. Molander said after being drenched in a Gatorade-bath. “With three former head coaches in the Valley we just have a great staff and so one guy gets a name on it but it’s a culmination of everyone.” 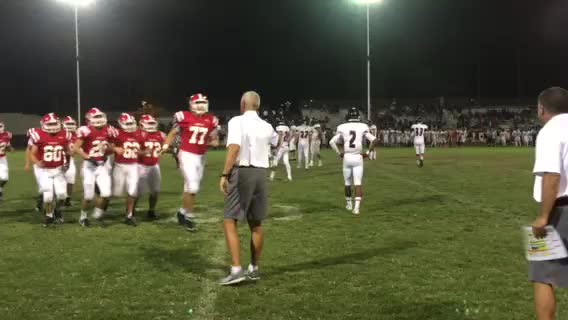 Brophy received to start the game and quickly scored on their first drive after a 42-yard pass to Robert Brooks ’17 that was capped off by a six-yard touchdown run from quarterback Cade Knox ’16, who now has three rushing touchdowns on the season.

The first quarter ended with Brophy maintaining a 21-0 lead after passing touchdowns to Matthew Kempton ’17, who finished with 52 receiving yards, and Noah Pittenger ’17.

Brophy muffed Liberty’s punt to start the second quarter, which gave Liberty the ball back on Brophy’s 37-yard line. However the Broncos quickly got the ball back after safety Josiah Minnifield ’16 forced a fumble that Walker Adams ’16 recovered with 9:39 to go in the first half.

“I really just like to create opportunities for the team and it was a great feeling to help the team out that way. We had a quick sudden change operation and I was just glad to be able to make the play,” Minnifield said.

The half ended with Brophy still winning 21-3 after a Liberty field goal.

Weather caused a lightning delay during halftime but the game resumed with Liberty receiving to begin the second half.

Liberty was forced to punt after a short three-and-out and Brophy’s Ryan Velez ’16 responded by rushing for a five-yard touchdown at the nine-minute mark of the third quarter, pushing Brophy’s lead to 25.

Brophy recovered an onside kick on the ensuing kickoff and scored on a Jacob Silver ’16 field goal, making the score 31-3.

Liberty managed to score its first touchdown late in the fourth quarter but could not overcome the deficit, giving Brophy its third win of the season and Mr. Molander’s 100th career win at Brophy.

“It shows that he is great coach and he knows what he is doing,” Pittenger said. “I think he really invests his time with the players on this team and I’m really expecting for him to have a great season with us.”

Players celebrated the coach’s milestone by giving him a Gatorade-bath at the end of the game.

“We’ve beaten three quality teams for sure but we have a lot of improvement to do,” Mr. Molander said. “We need to clean up some little mistakes, too many little penalties, but we played very good defense and I think we have an opportunity to be pretty dog gone good.

Brophy will look for its fourth win of the season next Friday, Sept. 11 against Red Mountain. 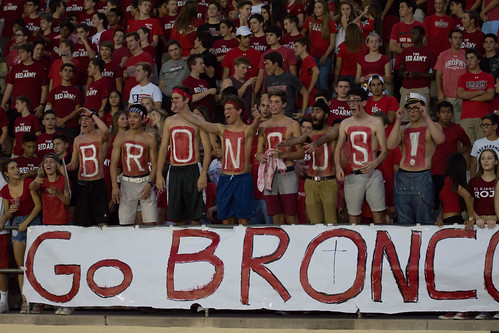