The Desert Ridge Jaguars used an 11-2 run in the first quarter Dec. 2 to overcome a 5 point deficit and never looked back.

Desert Ridge came out of the halftime gates firing, stretching their lead to 14 points after the third quarter.

Brophy sparked a run in the fourth quarter, led by three Ryan Meza ’17 three-pointers. They managed to outscore the Jaguars 18-15 in the last quarter, but their comeback fell short.

Bo Brunkhorst ’16 was the leading scorer of the night and made three three-pointers.

“We’ve talked a lot about the need to be the team on the floor with the most energy, the most enthusiasm, to win every hustle play, every loose ball, and to play with physicality,” said head coach Mr. Matt Hooten. “I think one of the things that we’re going to have to take away from this game is that when we don’t do those things to the best of our ability, we put ourselves behind the 8-ball and we end up fighting from behind.”

”We got down in the first half and a lot of that is because we weren’t winning those hustle plays, we weren’t doing great job of crashing the boards, they were beating us to those spots, and we dug ourselves a hole.”

“Tonight we didn’t come out with a lot of energy,” he said. “We started slow and settled for three-point shots, so in our next game we have to look to go inside more, pick up the energy and pace and we’ll be fine.”

Brophy played Desert Vista Dec. 1 and plays Central on Friday, Dec. 4 in “The Battle of the Canal 2015.” 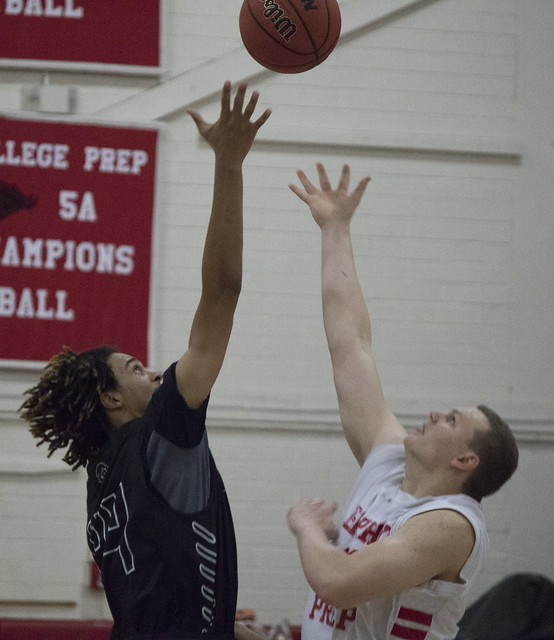