The Broncos edged Westview Dec. 22 by a score of 50-49 at Talking Stick Resort Arena thanks in part to Carlos Saucedo ’17’s game-winning shot with 3.2 seconds left.

This was the Broncos’ third win of the season, and their second in a row.

Saucedo ended up with the ball in his hands after an unorthodox last play, but he was able to convert a mid-range shot to give the Broncos a one-point lead with 3.2 left in the game.

On his shot, Saucedo noted that the play was chaotic and all over the place but he was self-assured that he would score.

“It was a scramble,” he said. “We had a shot and then an offensive rebound. I happened to have the ball in my hands and I felt confident that I would make the shot.”

To start the game, neither team could gain separation. Westview led by one after the first quarter, 13-12.

Brophy kept the game close until about four minutes left in the half, but Westview used a 13-3 run to take a 32-22 lead into halftime.

Ian Burke ’18 said the team needed to work on not surrendering early leads.

“We need to start early and we can’t fall behind like we did today, but we got the W so that’s all that matters,” he said.

Westview held on to the momentum coming out of the gates, and Brophy was unable to capitalize on the halftime break. After the third quarter, Westview held onto a nine point lead, 42-33.

In the fourth quarter, the team rallied from 18 points down. The comeback was led by Burke.

On his fourth quarter performance, Burke said he was focused on getting the win.

“I was glad I could provide a spark off the bench,” he said.

Westview was unable to capitalize on four consecutive free throws that could have iced the game, instead going 0 for 4.

Brophy capitalized on the gaffe and scored back to back baskets, including Saucedo’s game winner.

Sean Dunn ’17 had eight points, including two clutch free throws down the stretch.

Matthew Kempton ’17 scored nine points, but fouled out in the fourth quarter.

Brophy plays rival Arcadia at home on Dec. 26 as they try to become 4-3. 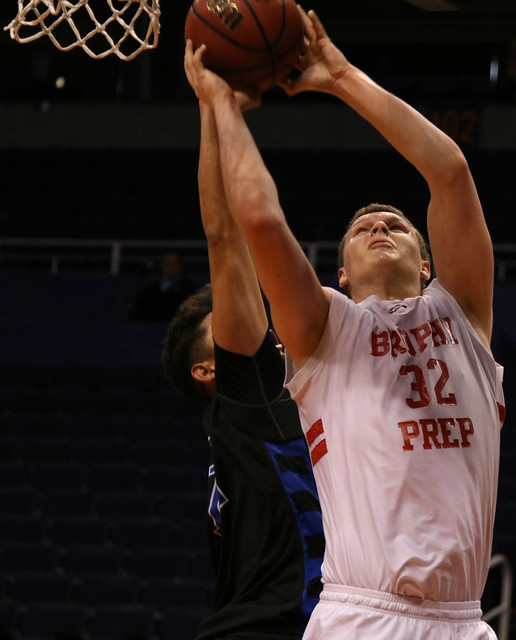