Brophy kept it close Jan.8 to start the game against Mountain View, but could not hold on in the second half.

Mountain View beat the Broncos by a score of 73-48, dropping their record to 5-5. It was Brophy’s second straight loss.

After a contested jump shot by Matthew Kempton ’17, Brophy was only down by two to end the first quarter.

The Broncos kept it close again in the second quarter, after a Bo Brunkhorst ’16 highlight-reel layup and a Kempton floater.

Brophy trailed by only five, 24-19 going into halftime.

An onslaught of three point shots in the second half helped Mountain View outscored Brophy 24-9 in the third quarter. They never looked back.

“I think one of the things that we’ve talked about for the last few weeks is making sure that we’re playing 32 minutes to the best of our abilities,” he said. “I think we had a good start to the game with a good first couple quarters, and in the third quarter we got away from some of the things that helped us find success in the first half.”

Mountain View continued to assert themselves offensively in the fourth quarter, outscoring Brophy 25-20.

The box score would have looked worse if not for Curtis Clemmensen ’17 and Kempton three-pointers at the end of the game.

Kempton finished with 13 points and was the Broncos’ leading scorer.

To rebound from this loss, Kempton said that they will regroup and watch film.

Brophy plays Sunnyslope at home Jan. 12 as they try to become 6-5.

Click the photo below to view an album of the event. 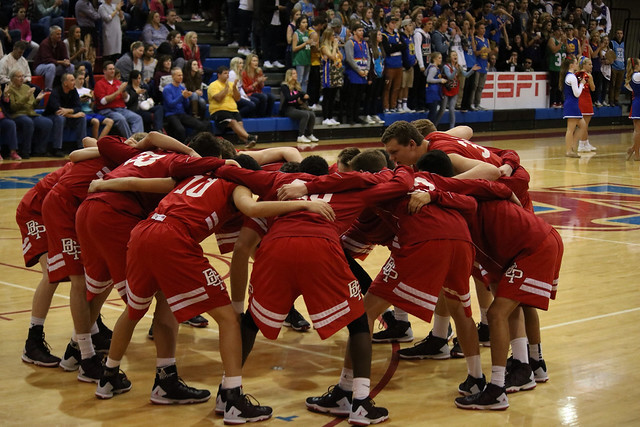