Noah Pittenger ’17 led Brophy to victory over Westview Sept. 2 scoring all five of the Bronco’s touchdowns at Phoenix College.

Pittenger carried the ball 14 times for 183 yards and four scores on the ground and one more receiving .

The game started slow, with both teams trading three-and-outs. Westview threw an interception to Noah Williams ’17 with around two minutes left in the first quarter.

With 11:48 left in the first half, Pittenger picked up his touchdown on a three-yard run. After a Trevor Eldean ’17 extra point, the score was 7-0.

Brophy never gave up the lead.

Two minutes later Rexx Tessler ’17 forced a fumble, but the offense was unable to capitalize.

The Knight’s scored on a 77-yard touchdown run on their next possession. Hunter Truman ’17 blocked the PAT. The score was 7-6 Brophy.

Brophy scored on a Matt Ryan ’17 pass to Pittenger with 23 seconds left in the half and took a 14-6 lead.

Although he saw playing time in the first two games of the season, this was Ryan’s first start on varsity. Caleb Moore ’17 was on the sideline with a brace on his wrist.

“After last week I felt confident in my abilities and my receivers abilities,” Ryan said.

Ryan also credited Pittenger for much of the team’s success.

“Noah took the ball and did his thing,” Ryan said.

Pittenger scored again with 9:28 left in the third, giving Brophy a 21-6 lead.

Westview scored again and had a successful two-point conversion, putting them within a touchdown, but Pittenger scored again with 3:25 left in the third.

With 11:42 left in the game, after a Max Fees ’17 interception, Pittenger took a handoff, broke three tackles, and cut across the field twice on a 49-yard touchdown run. After the play, Pittenger collapsed on the sideline and had to be given an IV from EMTs on the field.

Mr. Molander said he thought this was from the heat.

“This was a terrible night, just brutal,” he said. “It’s muggy and there’s just no wind, if there was wind this would be do-able, I drank more water than I ever have and I’m like a lizard.”

According to the National Weather Service, the temperature at game time was 100 degrees with 23 percent relative humidity. By 9 p.m. the temperature only dropped one degree to 99, but humidity increased to 26 percent.

Mr. Molander said this was a team win.

Brophy plays Highland next week in a home game at Central High School and will try and keep their undefeated record. 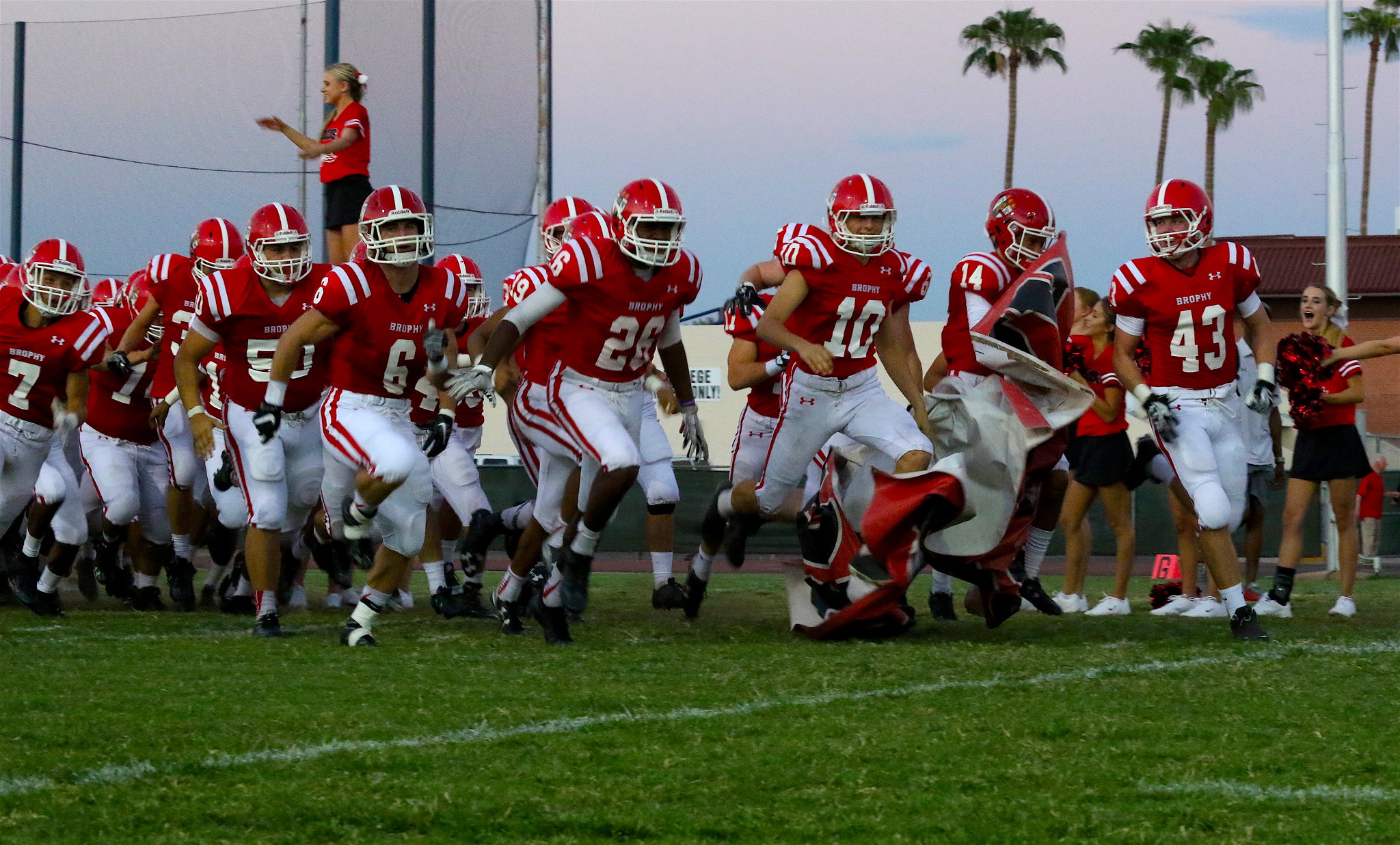