The defeat marks Brophy’s third straight loss, making the Broncos’ record 7-3 after winning their first seven games of the season.

Chandler struck early offensively and never looked back. Conover completed a 65-yard touchdown pass to T.J. Green on the third play of the game.

Chandler controlled the scoreboard during the rest of first quarter, scoring five touchdowns to Brophy’s zero. The Wolves scored on 11- and five-yard rushes to go along with a three-yard pass.

With a minute left in the first quarter, the Broncos trailed by 35 points.

At the beginning of the second quarter, Rex Linthicum ’17’s sack forced a Chandler punt. The Broncos had life offensively with the ball on their own 48-yard line.

Erik DiMaria ’18, filling in for a concussed Noah Pittenger ’17, ran for a gain of 11-yards to the Chandler 27-yard line. The Broncos could not find their way into the end zone, instead settling for a missed 43-yard field goal.

“[DiMaria and Ross Velez ’18] competed and I’m proud of them,” Brophy head coach Mr. Scooter Molander said. “Noah Pittenger is one of the most dynamic players in the state. He can make two or three guys miss at the line of scrimmage. We did not run the ball effectively tonight … we missed some throws and opportunities down the field. Chandler is much improved over early in the season. If we can get healthy we will compete.”

Chandler’s Bryce Jackson kicked off the second half by picking off Ryan and returning it 43-yards for a touchdown. This would be Chandler’s last score of the night as they took a 56-0 lead into the fourth quarter.

Ryan found Matthew Kempton ’17 for a 28-yard gain to set the Broncos up on the one-yard line. Velez punched it in for a one-yard touchdown with eight minutes left in the game, ending the scoring drought.

“It was a part of the game plan to try to find holes in the defense,” Kemptonsaid. “It’s still good even after a loss like that to see success in a couple of plays.”

Mr. Molander said he was proud of his team’s effort when faced with a seemingly insurmountable deficit.

“I like how we fought in the fourth quarter,” Mr. Molander said. “We didn’t quit. I’m proud of our guys for that.”

Brophy has a bye week to regroup before the state playoff tournament.

“We have a bye week and it’s a much needed bye week,” Mr. Molander said. “It’s been a very long season with a lot of very challenging opponents like tonight. With our guys out tonight, we couldn’t match their speed.”

“Guys need a break, they need some rest,” he added. “And when we get back at it we have a good shot to have a first round home playoff game, which is great and we can get back with the Bronco nation at home.”

Kempton agreed with his coach on the team’s need for rest.

“We’re going to look at the film and see what we did wrong, see what we did right, trying to take the most we can from this loss,” Kempton said. “A bye week, we need to get some rest and just get back to ourselves, taking advantage of it and try to improve.” 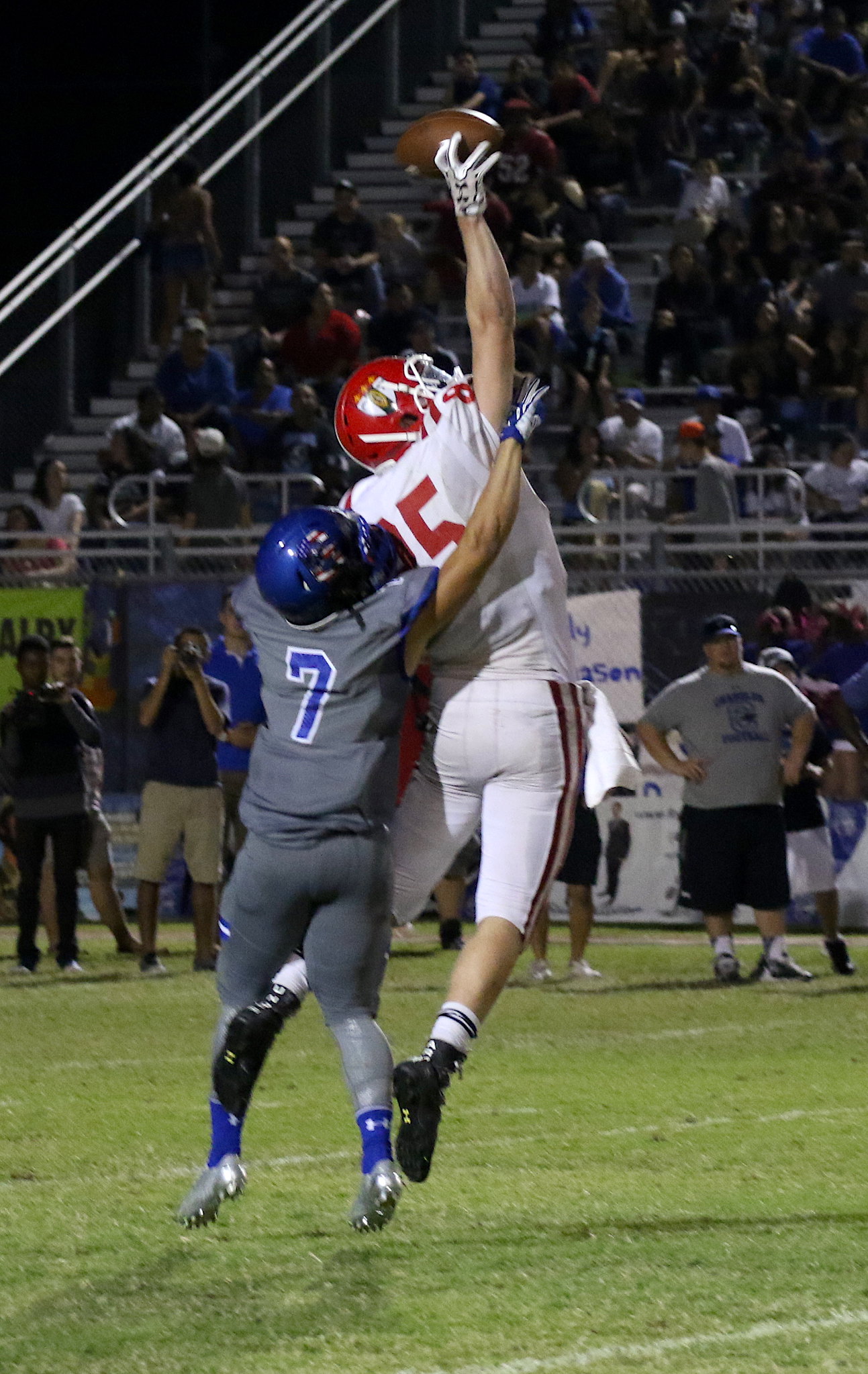