Led by Marques White ’19’s three turnovers, the Broncos defeated Hamilton 44-21 Sept. 30 at Phoenix College to improve to 7-0 on the season.

“As a sophomore, are you kidding me?” Mr. Molander said. “He’s a remarkable player and a remarkable young man. He’s one of the more humble young men you will ever see. He comes from a great family. We’re just really happy for everybody involved.”

Brophy set the tone early in the game. Matthew Ryan ’17 hit Matthew Kempton ’17 on the Broncos’ first possession of the night for a seven-yard touchdown.

On the ensuing Hamilton drive, White returned his first interception of the game for a 29-yard touchdown.

“[White’s pick-six] was huge because we took the opening drive all the way down and scored,” Mr. Molander said. “We backed it up with that … defense tonight was built on the offense. It really was a full team effort.”

Brophy forced a fumble on Hamilton’s next drive. Will Broucek ’19 recovered it to give the Broncos possession with 4:54 left in the first quarter.

Brophy couldn’t capitalize on the turnover, missing a 17-yard field goal. After this sequence, Brophy ended the first quarter with a 14-0 lead.

In the second quarter Shough completed a 47-yard pass but Brophy stripped the ball for a fumble. White scooped up the ball and returned it all the way back to Hamilton’s 33-yard line.

Eldean made three field goals in the game.

Brophy forced a total of six turnovers on the night.

Noah Pittenger ’17 ran for a six-yard touchdown with three minutes left in the first half to give Brophy a 24-0 lead.

“I congratulated my teammates,” Pittenger said. “They’ve helped me throughout every game, they’ve put me in the positions I need to be to score.”

Hamilton scored on an eight-yard touchdown pass with 40 seconds left in the half.

Brophy took advantage of Hamilton’s four first-half turnovers to jump out to a 24-7 lead.

White wasn’t done defensively. He intercepted Hamilton in the second half to set the Broncos up in Hamilton territory.

“They came out and played hard,” Mr. Molander said. “We were able to capitalize on turnovers. Our secondary was in the right position when they tried to throw the ball and for the most part we gobbled them up when they tried to run.”

Ryan hit Elisha Brooks ’19 for 20 yards after Brooks juked a Hamilton defender. Pittenger capped off the drive with a four-yard touchdown.

White forced a fumble on Hamilton’s next drive which was recovered by Rexx Tessler ’17. Brophy missed a 34-yard field goal.

Hamilton’s Jawhar Jordan ran for a 14-yard touchdown to trim Brophy’s lead to 20 at the end of the third quarter.

Caleb Moore ’17 threw a 16-yard touchdown to Kempton to give Brophy a 41-14 lead at the start of the fourth quarter.

Eldean made a 29-yard field goal with 3:48 left in the second half. Hamilton ran for a four-yard touchdown to end the game.

“This was one of the toughest teams,” White said. “This is a high-caliber team. We can’t say we did our job because there’s still more games to go. This is just the beginning of something special this season.” 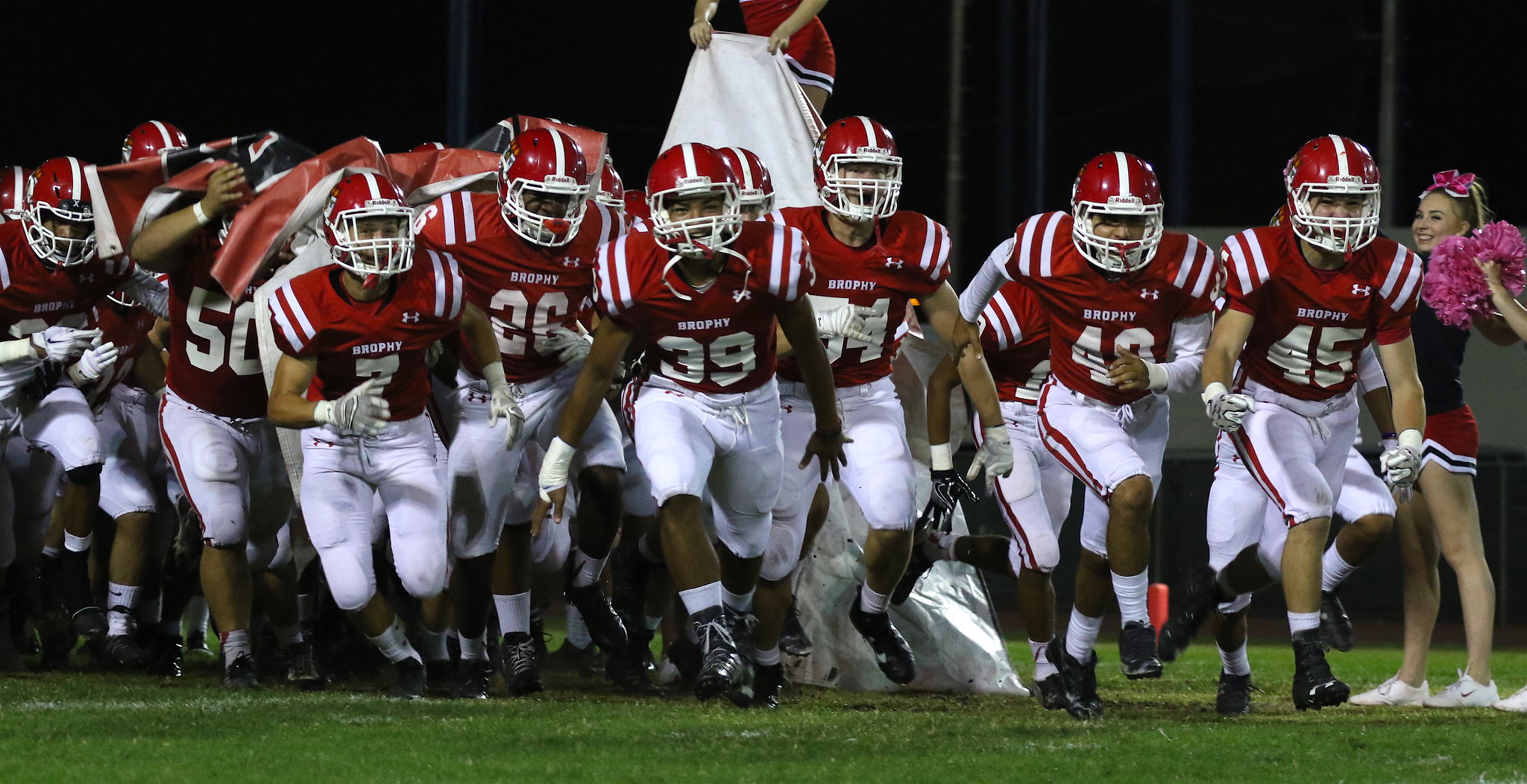